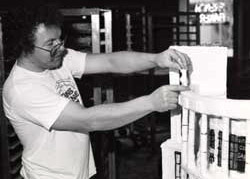 From my younger years in the town of Port-Sainte-Marie (Lot & Garonne) in Southwestern France, I would sneak out of my father's hair salon into the bakery next door to say hello to the baker and watch him. So, when at age 14, I had to decide whether I would continue to go to school or sign into an apprenticeship program, my choice was quickly made, to my father's disappointment. In 1966, under the supervision of the "Chambre des Metiers", I then enrolled in a 3-year pastry chef apprenticeship in a nearby town.

The contract between the apprentice and apprenticeship master called for the apprentice's pledge to obedience, loyalty, respect toward the apprenticeship master who, in turn, would act as a surrogate father and teach step by step all the aspects of the trade, from production to maintenance to customer service. Of course there was no salary paid for the work performed, the only benefits were food and lodging, and I soon realized that I was working long hours (my room was above the bakery and I would be waken up at 1 in the morning and work 'til evening) and 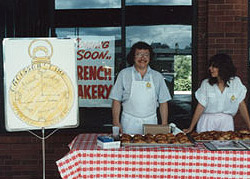 that I was not getting any baking skills. My work was confined to menial tasks (deliveries on my bicycle, scraping the baking trays, doing the dishes).

One day a week I had to attend classes to learn the technical side of the trade. So when I kept falling asleep during class, the teachers became aware that I was being abused and my contract was terminated in its second year. I finished the third year with another apprenticeship master in another bake-shop in the next town. But because of a bad start and poor background, I failed to graduate.

I was just a little over 17, and I figured that I needed to move on. So I ran away from my father's home, hopped on a train because I had seen an ad in the newspaper for a baker helper, not even sure where I was going. Finally my journey ended in the Pyrenees, and my professional life started! But my dreams were short-lived. I had to overcome some emotional problems: I had no family support (my father had filed for missing person and I had to report to the police until I reached 18) my new friends were having fun while I was working on weekends, but most of 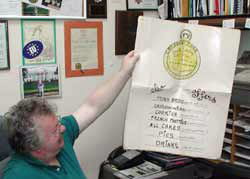 all I did not have the skills even though I had worked in a few different bakeries in the area, and after two years I just gave up and went to work in a furniture manufactory.

Even though I was now working a regular workweek, it was difficult to adjust to the "assembly line" environment and I started to long for the smell of the baking, the feel of the dough, cake decorating and the warmth of the store. And I knew that I had to give it a second try, even with such a poor level of knowledge and skills. I heard of a great pastry chef in Tarbes (Hautes Pyrenees) who would be able to give me the best training, but unfortunately, he hired very few employees, having a well established team. I decided to take my chances. When I finally met him (on my first visit I got cold feet and could not say a word so I got some pastries and walked out) I candidly explained my situation and I got the job! After a week he called me and told me that I had just one more week to show that I really wanted to make it. At the end of the following week he did not say anything, and I did not ask! And I went on working, and I finally graduated. 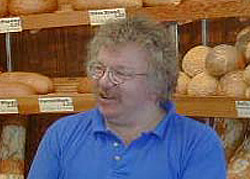 Now, when I look back, I know that it is because of him that I have achieved this much and I would like to salute my mentor: " Merci, Mr Michel Valentin, and Family"!

After a while, being of an inquisitive and somewhat adventurous disposition, I decided that it would be beneficial to work in different places, so for the next few years, during the seventies, I went from bake shops to hotels to restaurants, from ski resorts in the Alps to spa resorts in the Pyrenees, to seaside resorts in Normandy, the Riviera, Corsica, and even Mali, Africa. 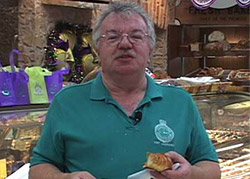 When I was offered the opportunity to work in New-York, I immediately accepted, even though my English was very, very limited (I would flee when somebody asked me "what time is it"). I worked from the late seventies to the early eighties at a bake shop on Lexington Ave.: "Delices La Cote Basque", at "La Grenouille restaurant" on 52nd Street, as well as at Regine's ( Delmonico Hotel), and I worked a little on my language problem too. But it seemed that it was always winter, so even if "I love New-York", I did not hesitate to move to sunny Florida when offered a position at "The Little French Bakery", in Palm Beach, just off Worth Ave, then to Houston, Texas, then in 1983, back to Florida, in Miami, at "Ovens of France" where I was the production manager for 3 years and where I also met my future partner, with whom I opened "Croissan'Time French Bakery" on October 4, 1986. The shop has grown and expanded over the years, my partner has now retired, and since May 2000, "Fine Foods" has been added to our name.

I am grateful to you, Customer, and all the people who helped me along the way, all the teams, past and present, who have contributed to the success of Croissan'Time. Constant technological improvements have also made working in the baking and food business so much more exciting, easier and enjoyable while maintaining a high level of quality, and that's what counts at Croissan'Time, where "Quality is our Trademark", always!